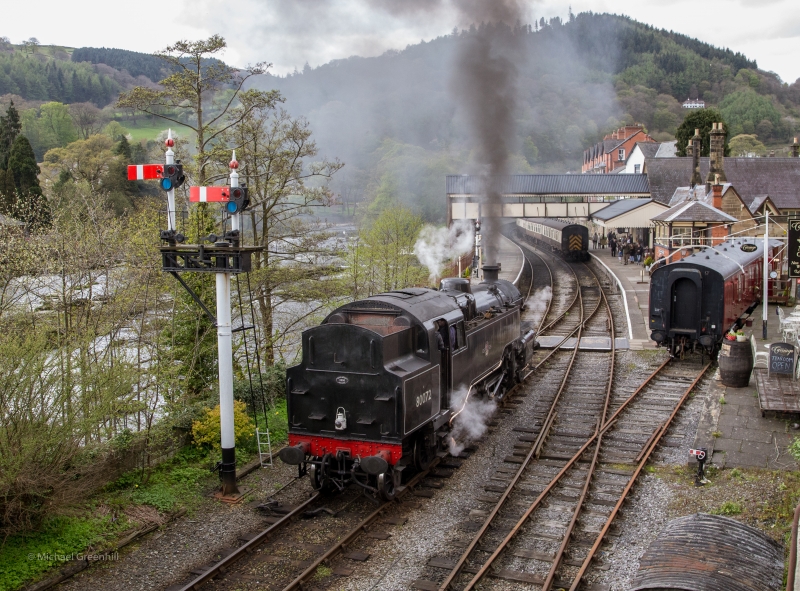 80072, an ex-British Raiilways Standard 4MT tank engine, runs around its train at the picturesque riverside station of Llangollen. After 12 years in service with British Railways, 80072 was sent to the scrap yards in early 1966, where it languished until 1998. After a protracted restoration, the locomotive finally returned to steam in August 2009, and since then has been based at the Llangollen Railway.

Photo © michaelgreenhill, 25 May 2018. Licensed for reuse under this Creative Commons licence