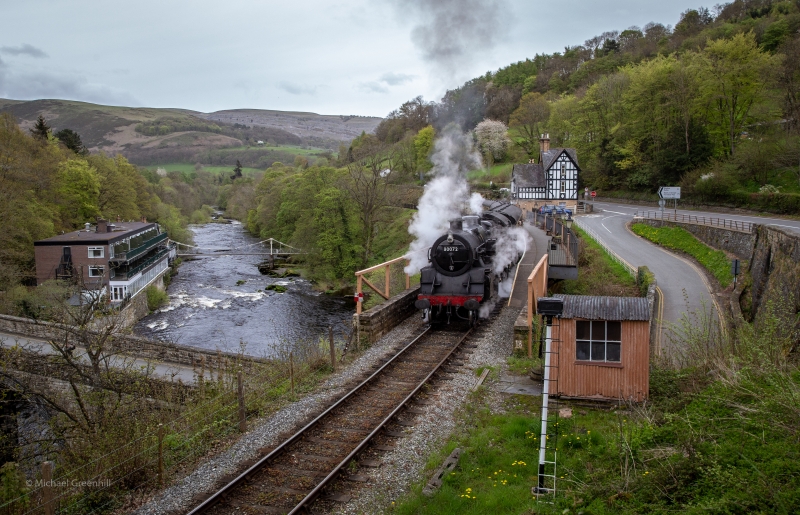 Hugging the valley formed by the River Dee, the picturesque station of Berwyn extends its platform along the railway viaduct which in turn spans a road viaduct.

This site is famous for the Berwyn chain bridge, one of the earliest crossings of the fast flowing River Dee.

Situated on the present day Llangollen Railway the station was opened in 1865 as part of the Llangollen and Corwen railway, which later formed part of the larger Ruabon-Barmouth railway. The station fell into disuse in December 1964, before the lines closure in January 1965.