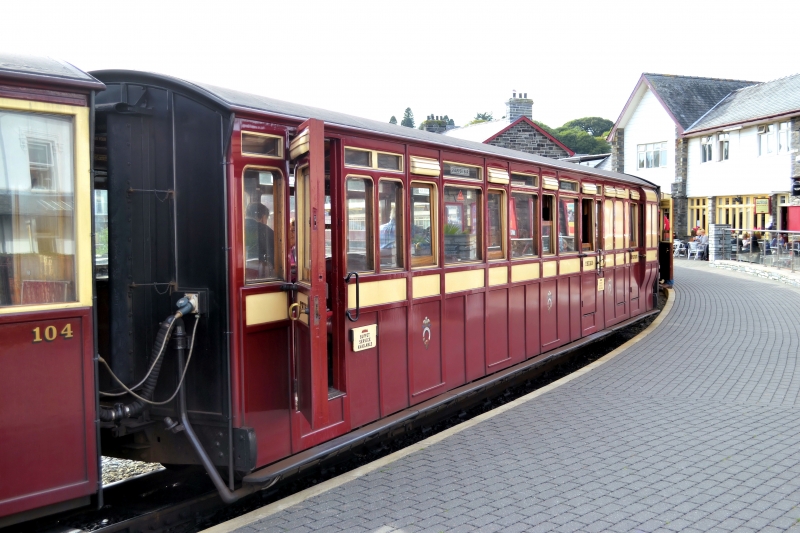 Numbered 15 on the L&B, it became 6993 when the Southern Railway took over the line.

After closure of the L&B in 1935 the coach was sold to a local farmer. It was left on an isolated section of track near the site of Snapper Halt and during the war it was used to accommodate evacuees. It was later used as a hen house.

In 1959 the revived Ffestiniog Railway was short of servicable passenger rolling stock and the coach was purchased, dismantled and taken to Portmadoc. For it's new role on the Ffestiniog some alterations to fit the FR loading gauge were required. The guard's duckets were removed, the body was lowered on its bogies and the carriage sides were lowered on the underframe, increasing the curve of the roof. Corridor connections were also provided at each end of the coach. It entered service as a buffet car in 1963, numbered 14 in the FR series and became known as "The Snapper Bar".

During the period when the FR buffet cars carried names, no. 14 was named "William Madocks".