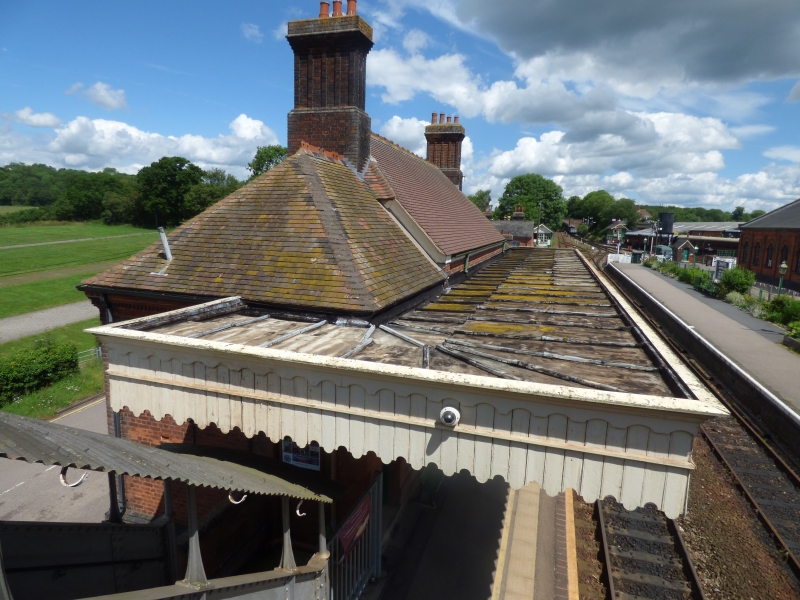 
Station building - seen heading back down the footbridge towards the exit (but not before going to the signal box first).