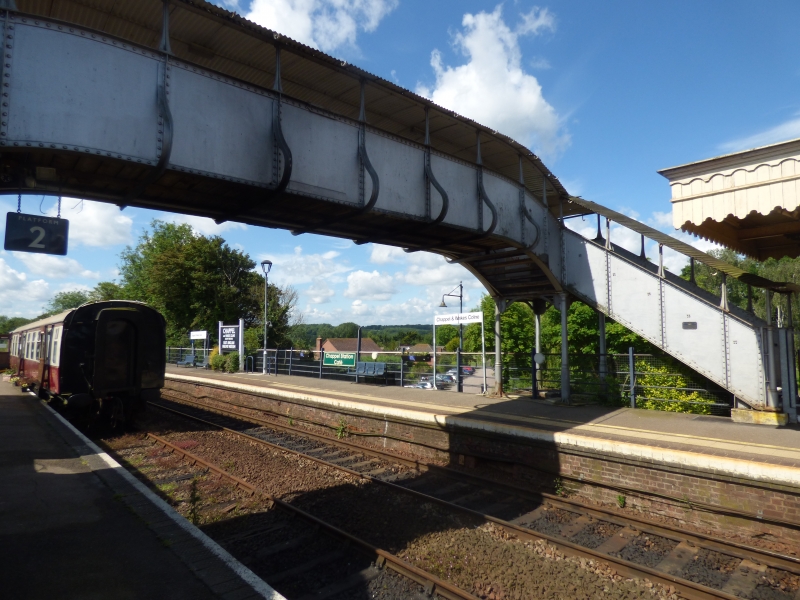 
footbridge - after crossing it.


This footbridge originally at Sudbury Station was dismantled and re-erected on this site March 1981 by members of the Stour Valley Railway Preservation Society under the direction of Ian Reed.