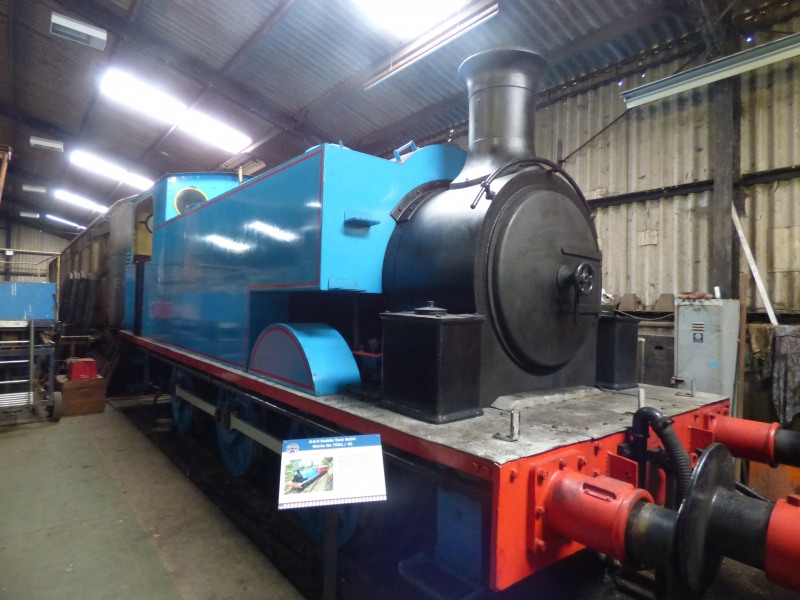 Built by Kitson and Company Ltd, Leeds. Spent it's life hauling iron ore wagons at Stewarts and Lloyds, Corby. Withdrawn from service in 1969. In 2008 it had side tanks added and looks similar to Thomas the Tank Engine.