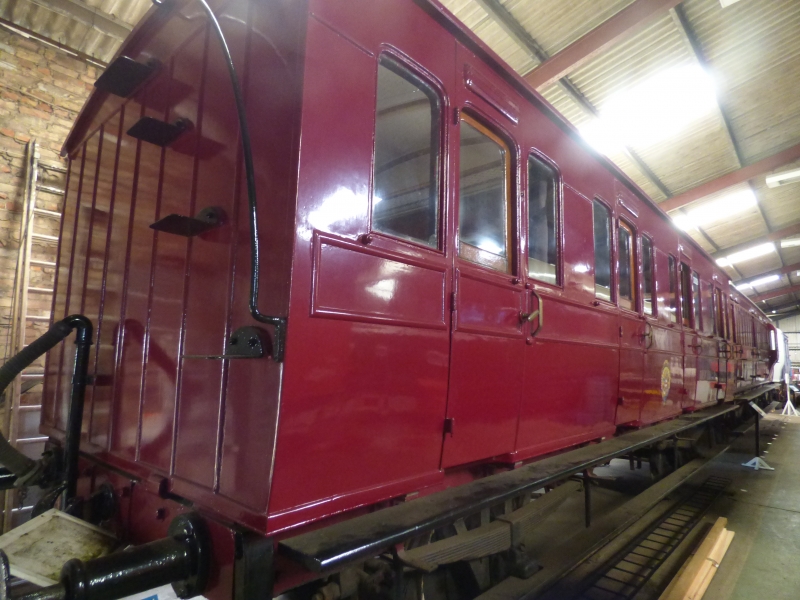 Built in 1878 by the Birmingham Carriage and Wagon Company Ltd. In 1903 the coach was split down the centre and widened. Withdrawn from service in 1913.