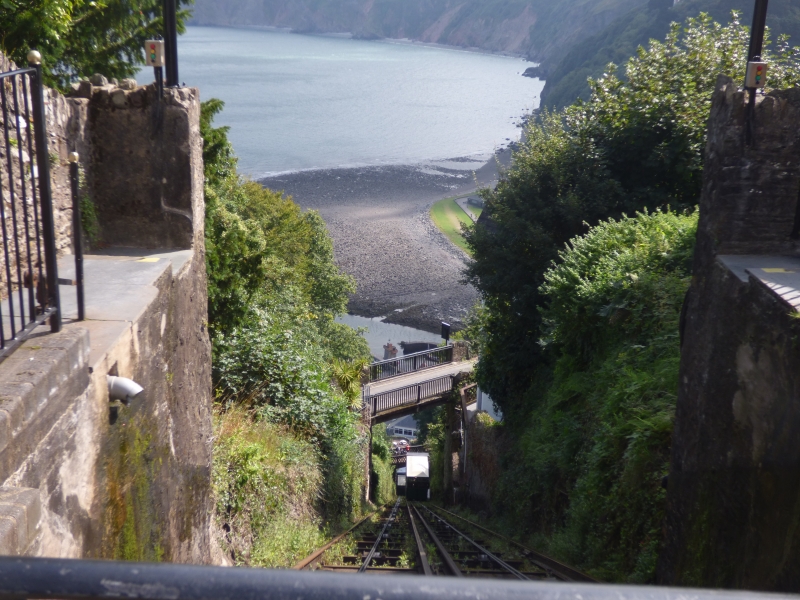 It cost £3 per person now. This was just one ride down to Lynmouth from Lynton. Sitting near the front, was a bit hard getting photos.


These photos before our trip down.