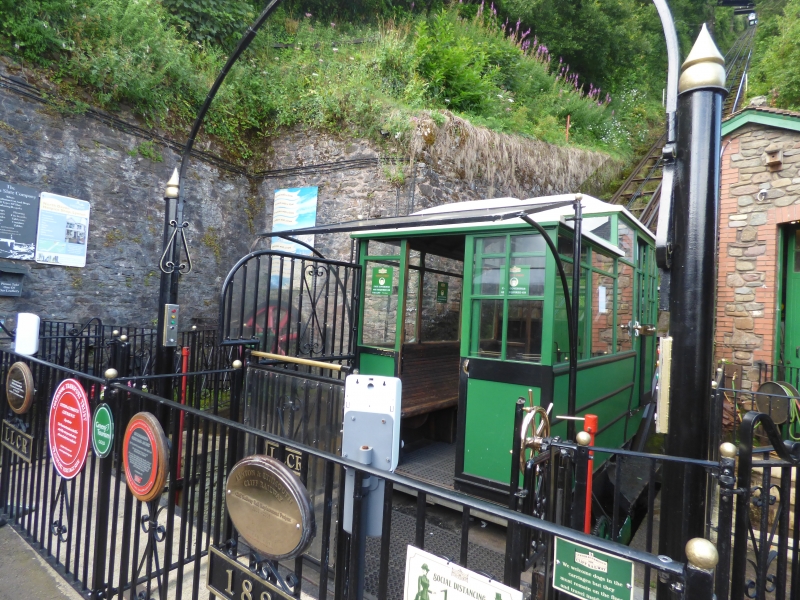 Opened in 1890, it is the highest and the steepest water powered railway in the world. The upper and lower waiting rooms are now Grade II listed buildings