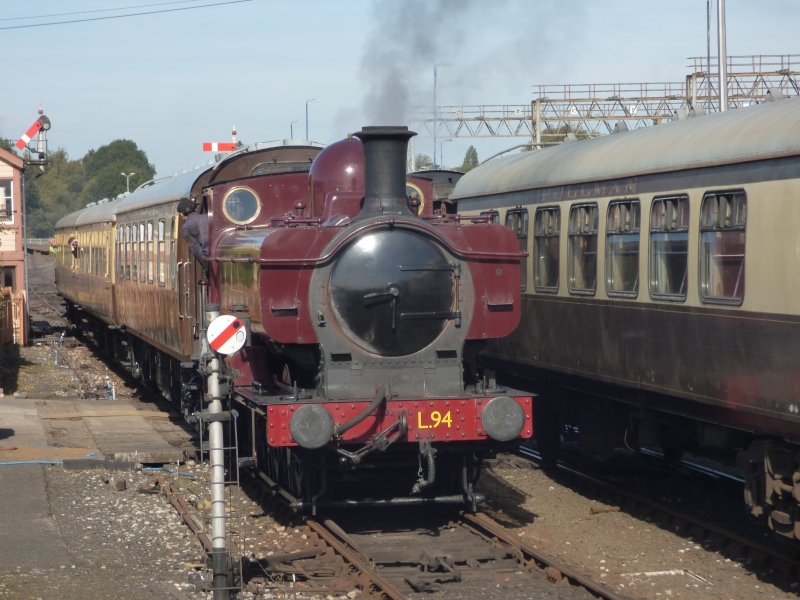 Once again over to the area beyond the old Great Western Railway Tyseley Locomotive Works building. To view the same train that pulled the carriages last time up and down the line. They only used one engine this time on it!


This time they only used L94 London Transport to move the carriages up and down the line.

But you could see the other locomotive 9600 nearby (but not in use on the day of my 2nd visit).