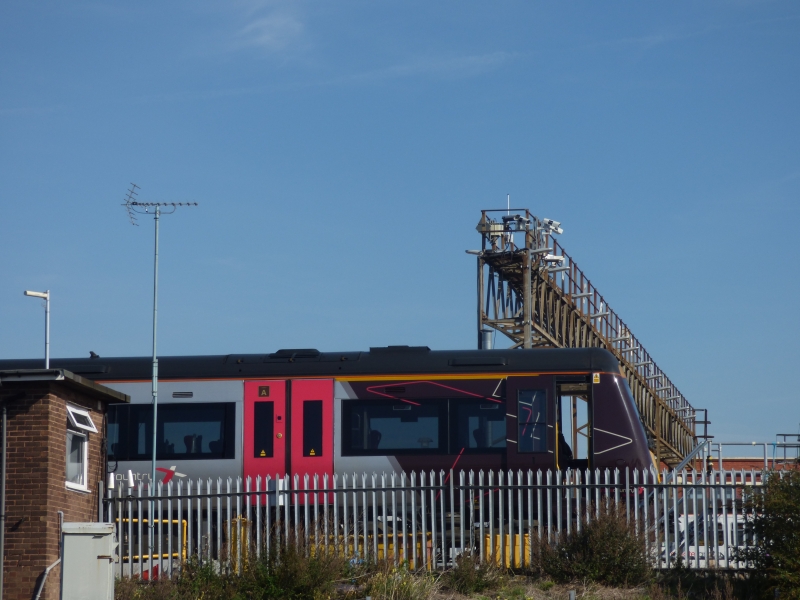 Also was vintage cars and traction engines on site as well.

A look over the the West Midlands Railway DMU depot, they already have several of the trains in the new orange livery.