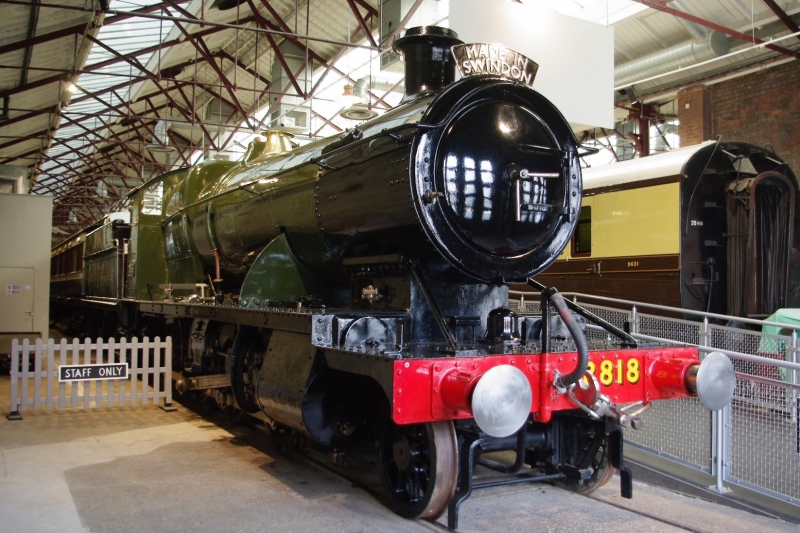 Taken 03/03/19 at Swindon's STEAM Museum; other than the cab, which still doesn't provide much protection for the crew, the 28XXs look much more modern than the Dean Goods locos, yet the designs are less than ten years apart.
The prototype was built in 1903 and a total of 8 of the class were built, or a 167 if you group the 28XXs with the similar Class 2884s.
No. 2818 was preserved on withdrawal by BT, but the Barry Scrapyard effect means that a further five survive, along with nine Class 2884s. Odd then that my other snaps of members of either Class are No. 2859 in scrapyard condition at Llangollen and No. 2884, also in scrapyard condition at Southall.