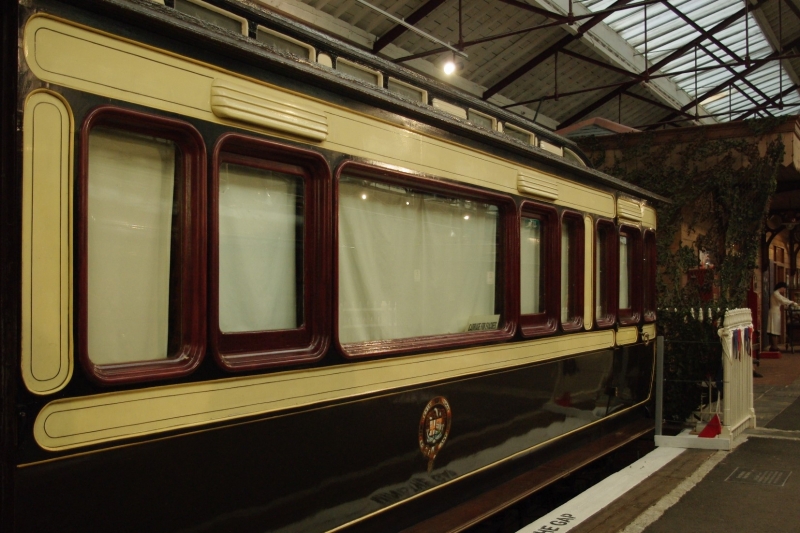 Taken 03/03/19 at Swindon's STEAM Museum; it is not an especially cramped museum, was nevertheless it was difficult to get a shot of the museum's two carriages that wasn't 'cramped'.
This carriage was built at Swindon in 1897 and was part of the Diamond Jubilee Royal Train. It was withdrawn in 1930 and the body was used as holiday home. More formal preservation came about when the vehicle was purchased by 1982 Madame Tussauds and mounted on the shortened underframe from BR Mark One BSK No. 34626. Initially displayed by Madame Tussauds at Windsor it moved to Swindon's STEAM museum and was one of the exhibits on opening.