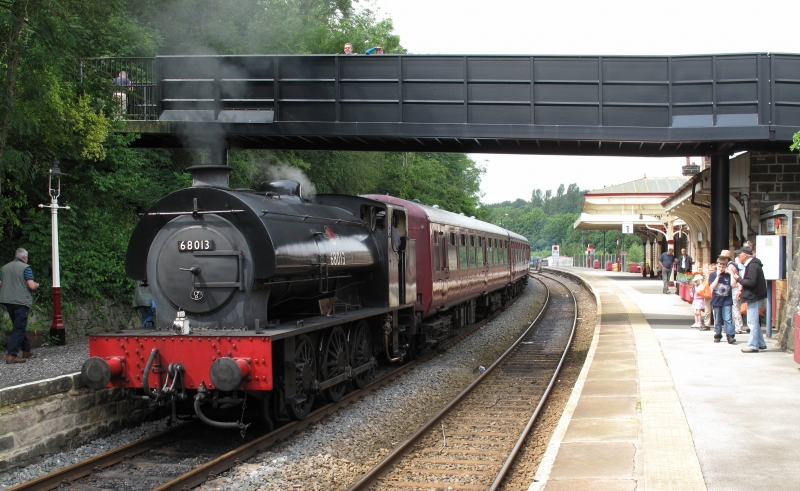 Peak Rail is a preserved railway in Derbyshire, Central England, which operates a steam and heritage diesel service for tourists and visitors to both the Peak District and the Derbyshire Dales.

The preserved railway line is over three and a half miles (5.6 km) in length and, as of April 2016, operates train services from Matlock station (shared with Derwent Valley Line services from Derby via Ambergate) via the site of Matlock Riverside and Darley Dale to Rowsley South.

Peak Rail intends to extend its operational services northward to Bakewell when resources allow, extending to a total of 4.25 miles (6.84 km). Beyond Bakewell, the railway trackbed is used by the Monsal Trail, but a restored line could operate single track alongside (as is done by the heritage Avon Valley Railway) once safety issues are resolved.