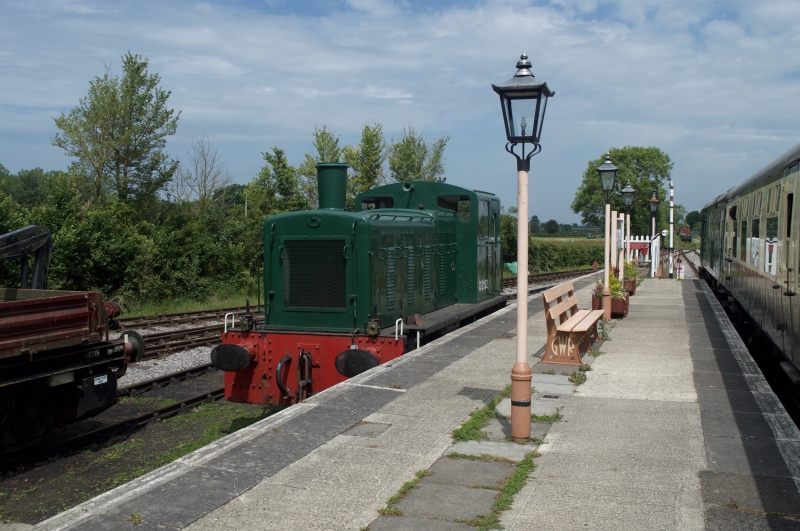 A first time visit to the Swindon and Cricklade Railway on 3 June 2022 despite it's close proximity to London was one "I never got round to" until then.

Seen in the bay platform at Hayes Knoll is former British Rail shunter D2152 numbered to 03152. It was one of 9 that were modified with a cut down cab for the Burry Port & Gwendraeth Valley Line in South Wales due to low bridge heights.

The 03 is used on passenger trains on the railway here.