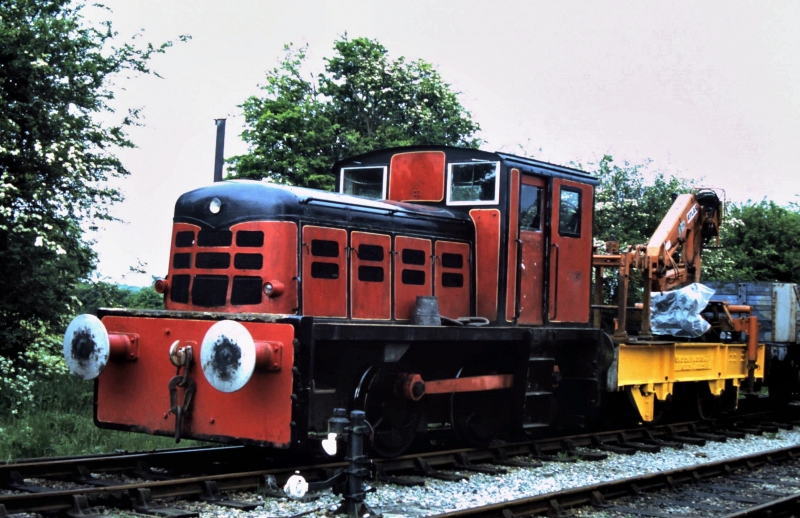 Scan of a slide taken in one evening in 1994 at Blunsdon, Swindon and Cricklade Railway. I think this is Fowler 0-4-0 DM shunter No. FB7342, which was built in 1958 and worked at Swindon’s Pressed Steel car body plant. In 1980 it came to the Swindon & Cricklade railway on loan and was subsequently purchased by members. It is now serves as a shunter and works train locomotive.