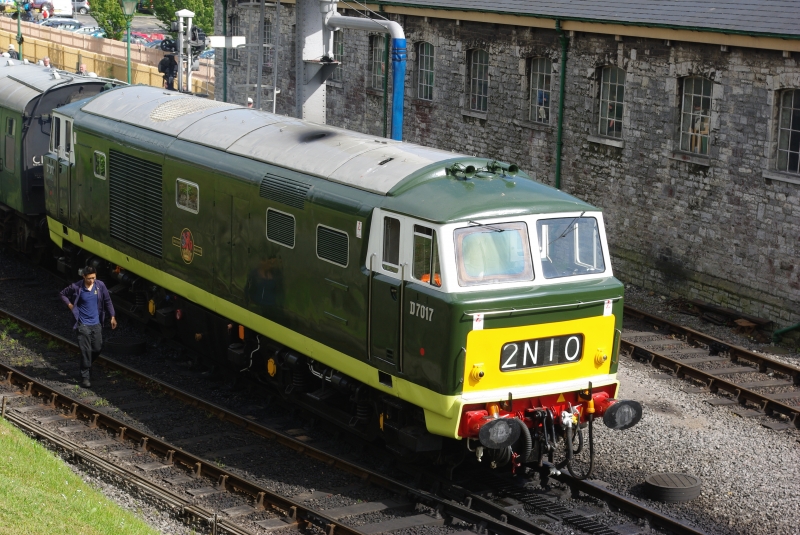 Taken on 10/05/18 at the Swanage Railway Diesel Gala Preview Day; Some notes recycled from when I saw No. D7017 a couple of years ago at its home line, the West Somerset Railway:

"Initially what is now the the Diesel and Electric Preservation Group wasn't a loco owning group. However, organising a rail tour marking the demise of the Hymeks provided the impetus to purchase D7017 in 1975 and base the loco at Minehead. In 1977 the Group was also offered D7018 which was moved to Didcot.
In 1979 the Group left Minehead for Williton and the former goods shed was taken over. From that point on, just as the Somerset and Dorset Trust has made its home at Washford, Williton is now synonymous with preserved modern traction. In 1991 the D&EPG consolidated their efforts on Williton and their Didcot based locos, including D7018, moved from Didcot to Williton."

Photo © Clive G', 11 May 2018. Licensed for reuse under this Creative Commons licence