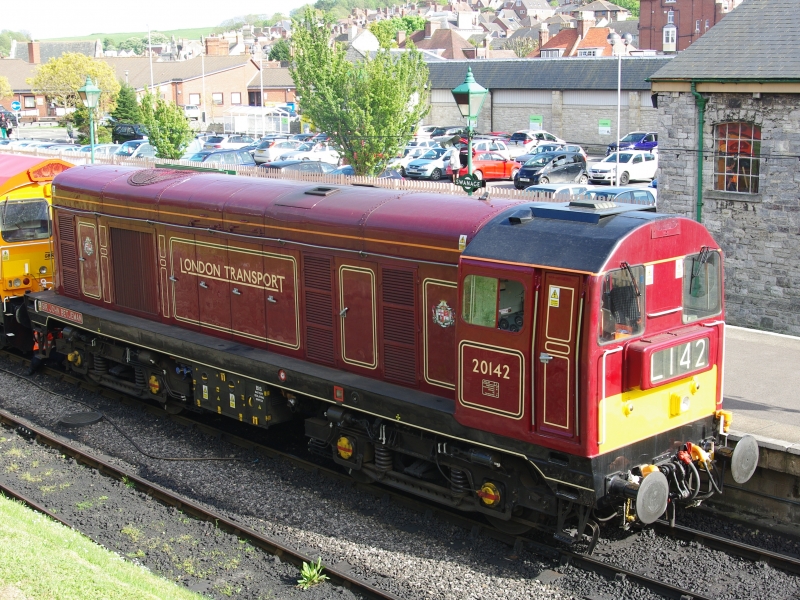 Taken on 10/05/18 at the Swanage Railway Diesel Gala Preview Day; well, at least Wikipedia says this loco is owned by Class 20189 Limited. It also says that following the repainting of No. 20-227 into a more modern LUL-based livery, No. 20-142 was in turn repainted in Metropolitan maroon livery and named 'Sir John Betjeman'.

Photo © Clive G', 12 May 2018. Licensed for reuse under this Creative Commons licence