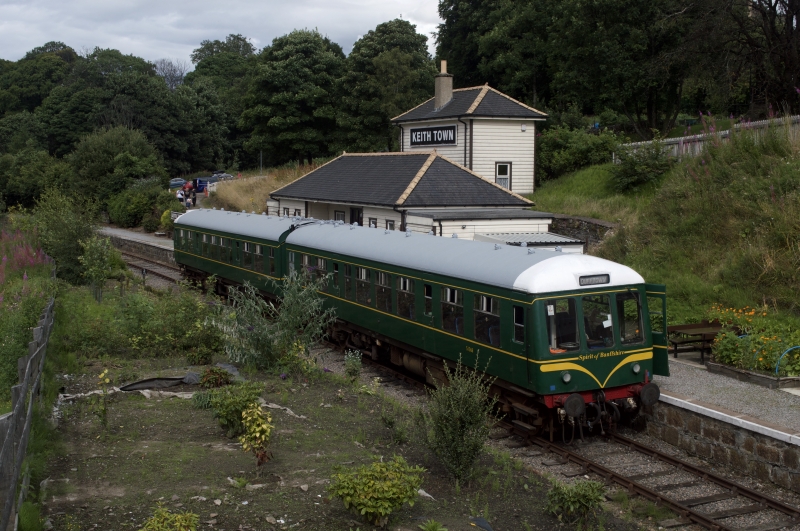 The well kept Keith Town station at the opposite end of the Keith Dufftown Railway. A little over 10 years, this one of many lines in this part of Scotland closed to passenger servicex during the Beeching era. The line was kept open until 1991 to serve the distillery at Dufftown and at this end was connected to the main Aberdeen to Inverness a short distance further on. The station has no run round loop, so train weekend operations during the high season are confined to diesel multiple units. One such set is this former British Rail class 108 built by BR in Derby. Closest to the camera is 51568 with 52053 behind. The set has been named "Spirit of Banffshire". This was to form the last train of the day on 13 August 2021, 16:20 Keith Town to Dufftown.