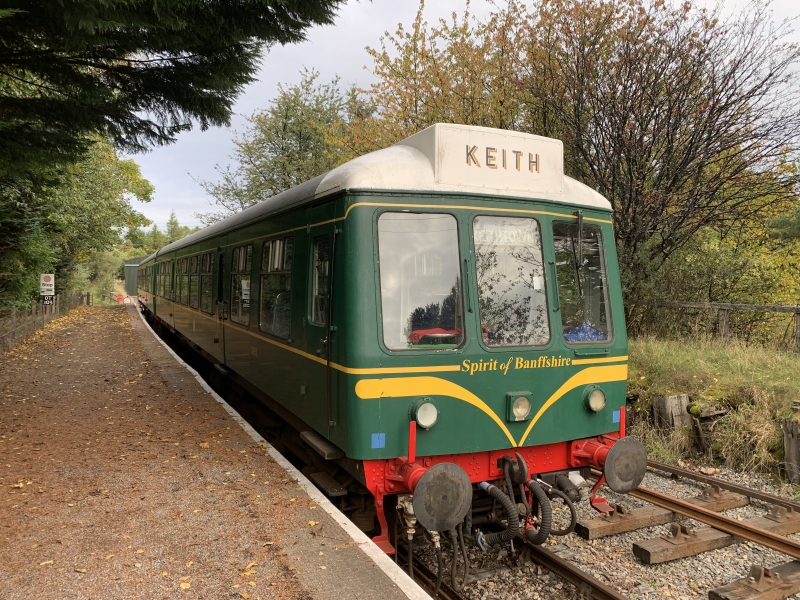 Originally the former Great North of Scotland Railway Keith and Dufftown Railway which was part of the link Aberdeen with Elgin (with the Strathspey Railway and Morayshire Railway), the line was latterly a freight-only branch for British Rail, truncated at Dufftown and serving the distillery there. Regular passenger services had been withdrawn in May 1968, but in later years it hosted a series of Northern Belle summer Sunday lunch specials from Aberdeen. These ceased in 1991 and after several years disuse, the line passed into the hands of the current operator in 1998; regular heritage trains then began running in 2000.

The line is open and a regular service runs throughout the Keith and Dufftown Railways operating season from March to September. Special events are also run including Santa Specials and Scots Nights. These services are run on the Class 108 DMUs.

Dufftown is the main centre of operation of the railway where there is a booking office, waiting room and licensed cafe called the Buffer Stop, which is open during operating season. There are two headshunts and a loop. Work is being undertaken to install a new loop at Dufftown so that there can be two tracks going into the new engine shed.

At Keith Town station, there is a booking office and a shop which sells railway memorabilia, books, Thomas the tank engine items and model railway items which are sold by members of the association. This shop too is also only open during operating season.

At present there is no connection to the mainline, there are two 60 ft sections of track uplifted (these were removed in 1998 when the line was handed over). However, there are long term plans to reconnect to the mainline - discussions with regard to this were held between the K&DRA, the local MSP Richard Lochhead and Transport Scotland in the autumn of 2015.