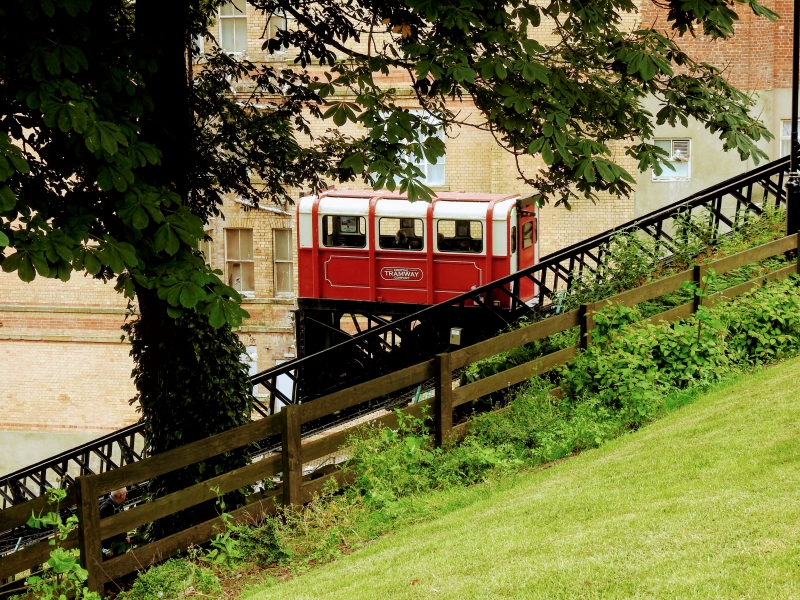 Opened in 1881, linking Marine Parade (and the beach at Foreshore Road in the South Bay. Built by Messrs George Wood of Hull. The carriages were originally powered by a steam engine, located beneath the track. The steam engine was replaced by electric power in 1920.