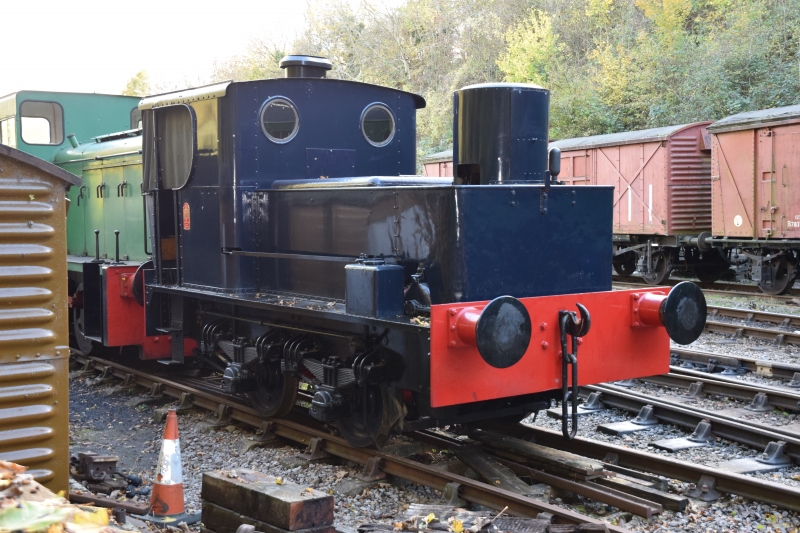 Preserved Sentinel 4w No.7492 of 1928 at Bitton during the Avon Valley Railway Autumn Gala, 4 November 2017. The loco worked at Fry's Somerdale chocolate factory in Keynsham from 1928-56 when it was stored until 1964; it was then sent to a scrapyard in Fishponds, Bristol where it managed to survive until 1979 when it was bought for preservation.