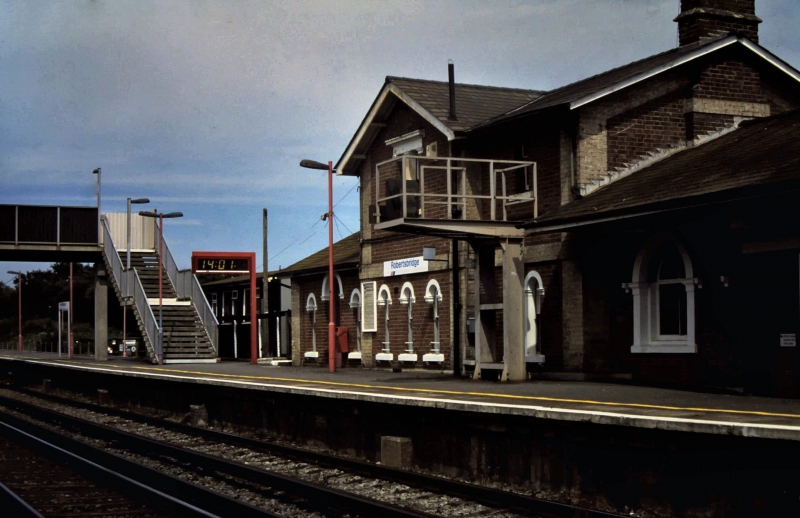 Scan of a slide taken in 1994: Situated in a dip in the Hastings Line between Wadhurst Tunnel and Mountfield Tunnel, Robertsbridge Station opened in 1851 as the terminus of the SER line from Tonbridge. In the following year the line was first extended to Battle and then the through route via Bopeep Junction was completed. Between 1905 and 1961 the station was aslo the junction for the Kent and East Sussex Railway (all be it the line was originally named the Rother Valley Railway).