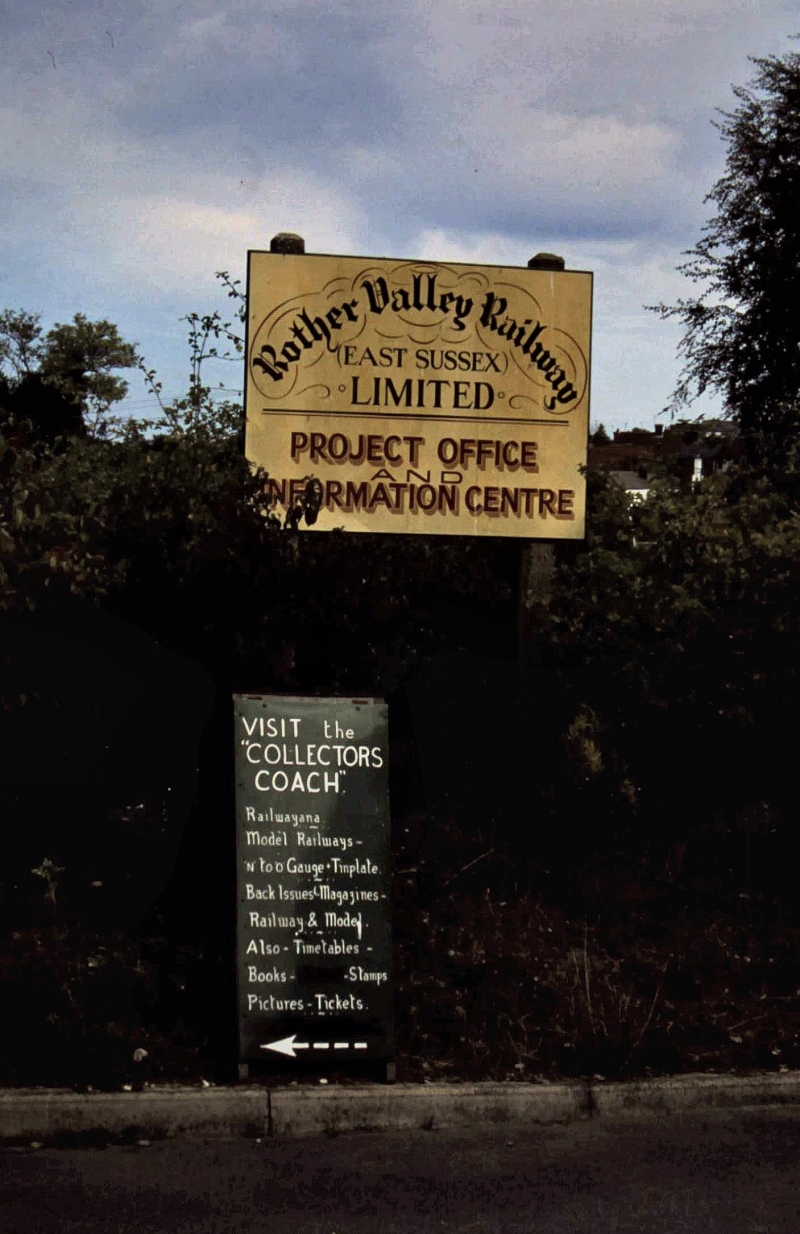 Scan of a slide taken in 1994: I'll try and explain this as briefly as possible. The original Rother Valley Railway, which was the forerunner of the Kent and East Sussex Railway, opened in 1900, the name change occurring in 1904, followed by the 'northern extension' from Tenterden to Headcorn in 1905. The line remained independent following the 1923 Grouping but was nationalised in 1948. Closure was a gradual process between 1954 and 1961, although the line remained open as far as Hodsons Mill until 1969.
A preservation group was active from as early as 1961, but the reality for 'amateurs' operating the K&ESR was the number of level crossings. In particular the level crossing across the busy A21 in Robertsbridge meant the preservation society was forced to concentrate on the Tenterden to Bodiam section, progressively reopening westwards from Tenterden. However, in 1991 an independent group was formed based at Robertsbridge with a view to reopening the Robertsbridge to Bodiam section and thereby meeting up with the preserved K&ESR.