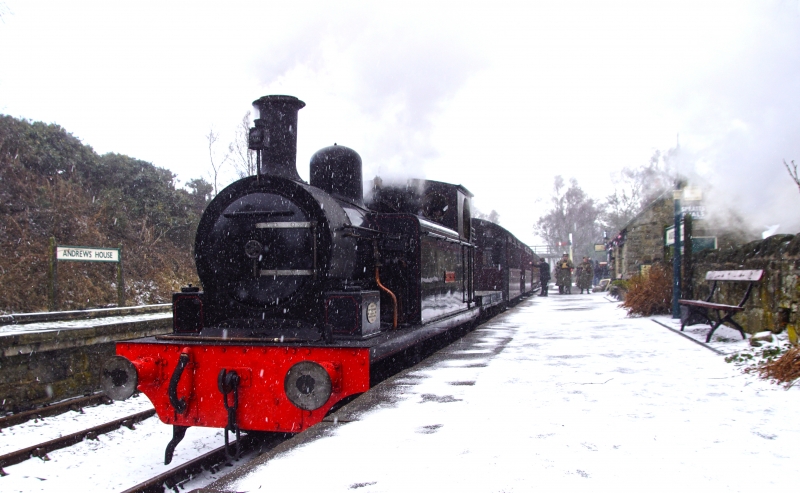 The Tanfield Railway is a 4 ft 8 1⁄2 in (1,435 mm) standard gauge heritage railway in Gateshead and County Durham, England. Running on part of a former colliery wooden wagonway, later a steam railway, it operates preserved industrial diesel and steam tank locomotives. The railway operates a passenger service on Sundays all year round, as well as demonstration freight trains. The line runs 3 miles (4.8 km) between a southern terminus at East Tanfield, Durham, to a northern terminus at Sunniside, Gateshead, with the main station, Andrews House situated near to the Marley Hill engine shed. A halt also serves the historic site of the Causey Arch. The railway claims to be "the world's oldest railway".