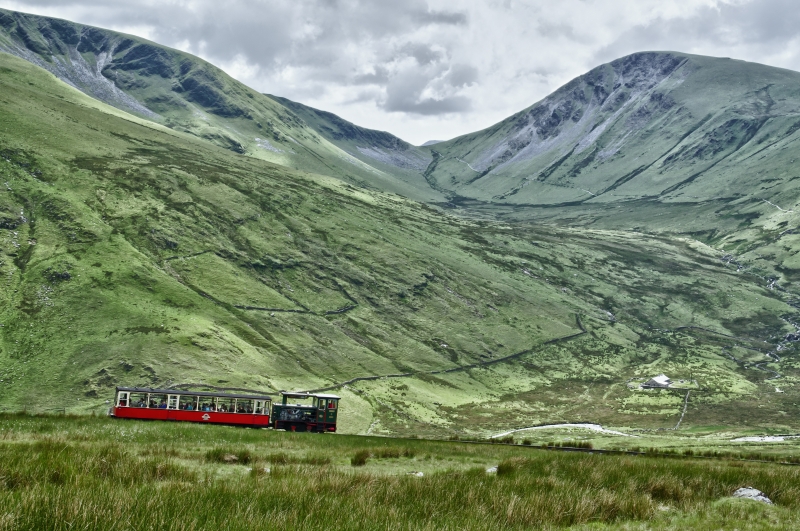 The Snowdon Mountain Railway (SMR; Welsh: Rheilffordd yr Wyddfa) is a narrow gauge rack and pinion mountain railway in Gwynedd, north-west Wales. It is a tourist railway that travels for 4.7 miles (7.6 km) from Llanberis to the summit of Snowdon, the highest peak in Wales.

The railway is operated in some of the harshest weather conditions in Britain, with services curtailed from reaching the summit in bad weather and remaining closed during the winter from November to mid-March. Single carriage trains are pushed up the mountain by either steam locomotives or diesel locomotives. It has also previously used diesel railcars as multiple units.

The SMR was the inspiration for the fictional Culdee Fell Railway, appearing in the book Mountain Engines, part of The Railway Series written by Reverend W. Awdry.