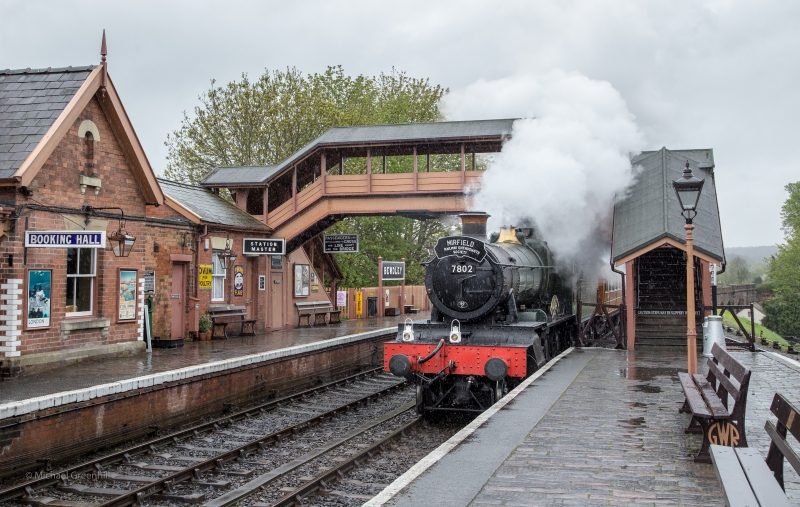 Built in 1938 this locomotive saw almost continuous use with GWR and later British Railways until its withdrawal from service in late 1965. After languishing for nearly 15 years in a scrapyard in the coastal town of Barry in South Wales, it was bought originally as a source of spare parts for fellow "Manor" classmate no. 7812 "Erlestoke Manor", another SVR resident locomotive. The owners of 7812 had a change of heart in 1983 and instead chose to return 7802 to steam, a process that took ten years.