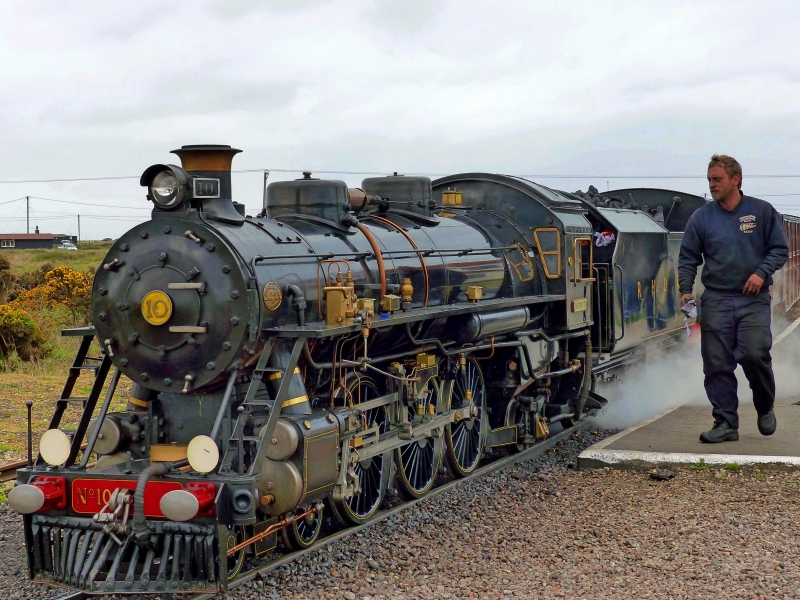 No. 10 Doctor Syn, one of the Romney, Hythe & Dymchurch Railway's two Canadian Pacific-style locomotives, built in 1931 by the Yorkshire Engine Co., the other, Winston Churchill, has an identical history of design and build.

The Reverend Doctor Christopher Syn is the smuggler hero of a series of novels by Russell Thorndike. The first book, Doctor Syn: A Tale of the Romney Marsh was published in 1915.

Photo © Charos Pix, 10 May 2017. Licensed for reuse under this Creative Commons licence