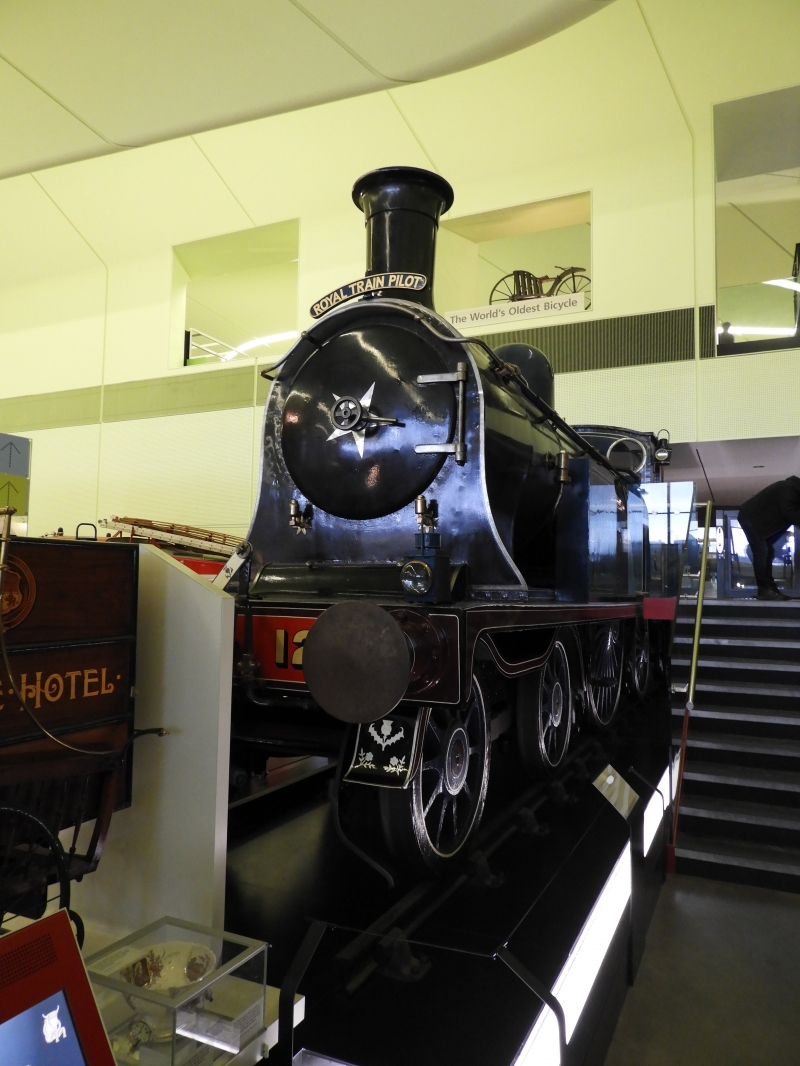 At the Riverside Museum, Glasgow. Built by Neilson and Company in 1886 as an exhibition locomotive. In 1914 it transferred to the Caledonian Railway and renumbered 1123. It entered London, Midland and Scottish Railway service in 1923 and the LMS renumbered it 14010. During the 1920s it was allocated to working the directors' saloon, but it was returned to ordinary service in 1930. The locomotive was withdrawn in 1935, by which time it was the last single-wheeled express engine running in Britain, and set aside for preservation.