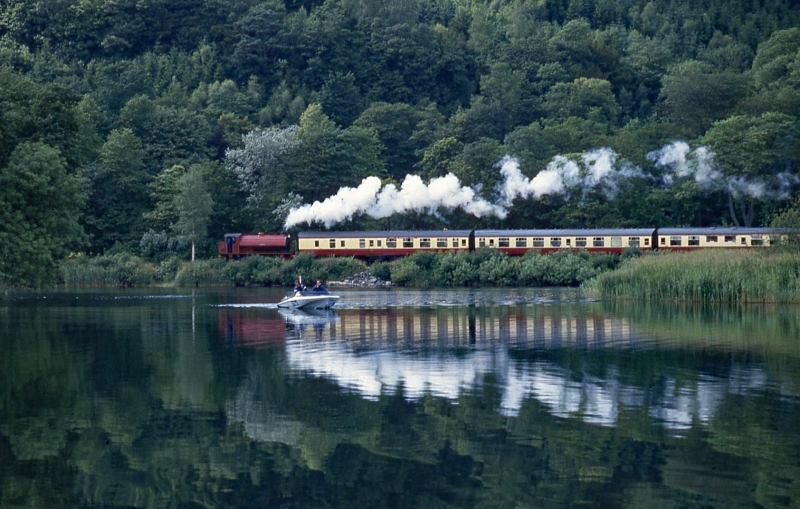 A favourite image from scans of Bernard Bibby's photos. The steam loco is returning to Haverthwaite from Lakeside and is perfectly reflected in the River Leven. A second or two later and the shot is gone as the motor launch ripples the river.