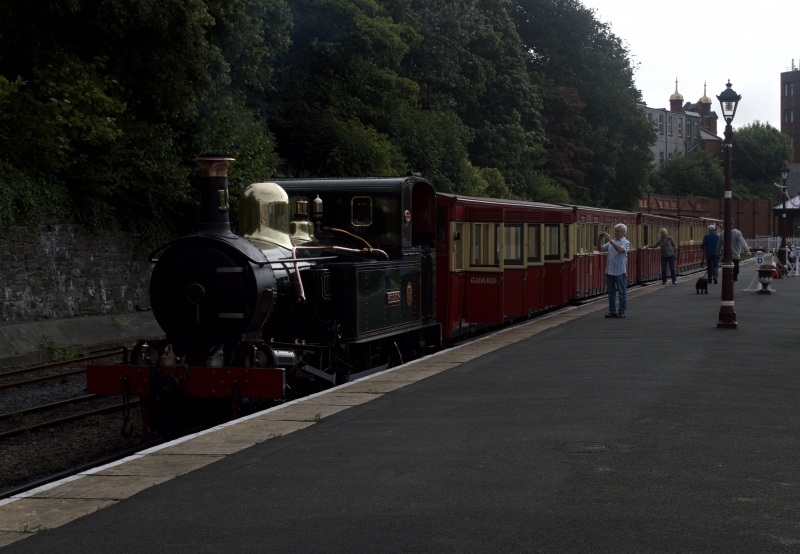 Once part of a much larger system of 3 foot gauge lines and originally served Peel, Ramsey and a short branch to Foxdale. These had all closed by 1968. Throughout most of the 1970s, the Port Erin line saw a service but not always the full length. 1977 saw the line taken over by the Manx Government and since then the operation has been built up to a larger attraction fore tourists running for around 8 months of the year.