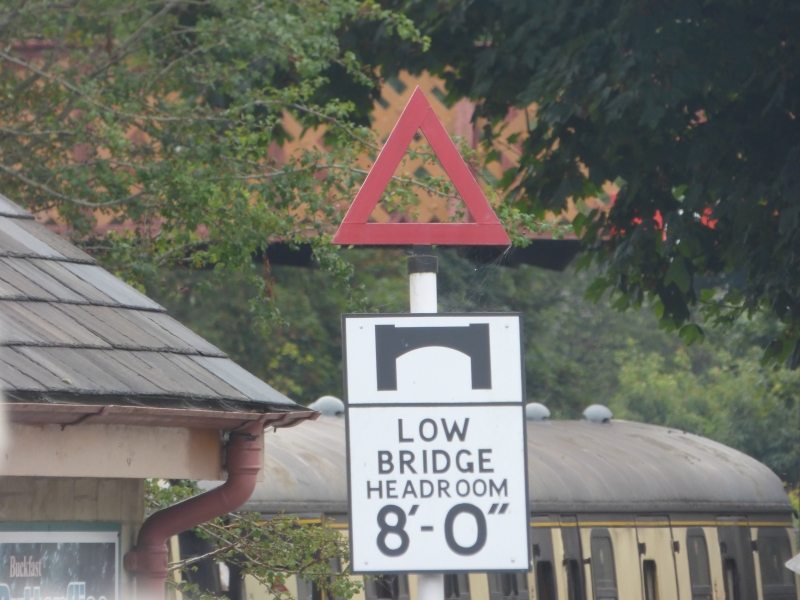 We had a half hour heritage railway steam train ride on the South Devon Railway.


Our coach dropped us off at Buckfastleigh.

After a minor wait, we were allowed in a gate (as we were a tour group) and taken to our carriage.

The journey went via Staverton Station (didn't stop) and to Totnes Riverside Station (our destination).

The route followed the River Dart.

Buckfastleigh railway station is situated on the South Devon Railway, a heritage railway in Devon, England. It serves the town of Buckfastleigh.

The station was opened by the Buckfastleigh, Totnes and South Devon Railway on 1 May 1872. The railway was amalgamated into the Great Western Railway in 1897 and this in turn was nationalised into British Railways on 1 January 1948. A camping coach was positioned here by the Western Region from 1956 to 1961.

The station closed to passengers in November 1958 although goods traffic on the line continued until 10 September 1962.

It was re-opened as the Dart Valley Railway, a heritage railway, on 5 April 1969. The South Devon Railway Trust took over the running of the line on 1 January 1991.

In 1971 Buckfastleigh became the terminus of the line when the route beyond the station was closed to allow improvements to the A38 road. Workshops have since been provided for restoring and repairing the locomotives and rolling stock used on the railway.

The goods shed has been converted to a railway museum and this is the home of Tiny the last remaining broad gauge locomotive.