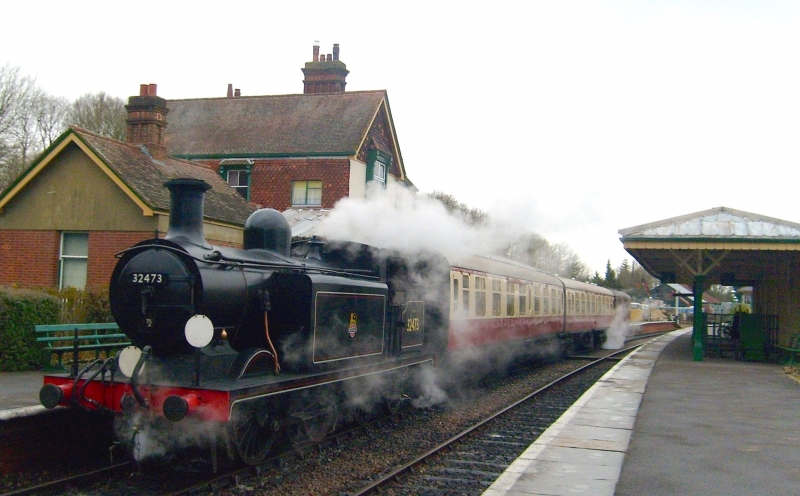 The first preserved standard gauge steam-operated passenger railway in the world to operate a public service, the society ran its first train on 7 August 1960, less than three years after the line from East Grinstead to Lewes had been closed by British Railways.

Today the railway is managed and run largely by volunteers. Having preserved a number of steam locomotives even before they stopped running on British mainline railways in 1968, today it has over 30 steam locomotives - the largest collection in the UK after the National Railway Museum. The Bluebell also has almost 150 carriages and wagons, most of them pre-1939.