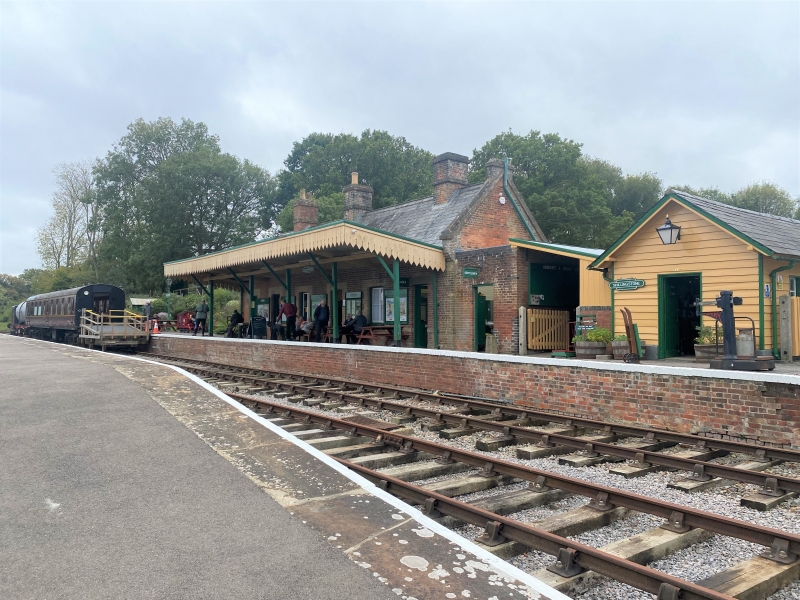 The Shillingstone Railway Project (formerly the Shillingstone Station Project) is a heritage railway project based at Shillingstone railway station on the former Somerset and Dorset Joint Railway. It is supported by the North Dorset Railway Trust (NDRT). The medium-term aim is to restore the current leased length of one quarter of a mile: an addition of 1,200 feet (370 m) of single track mainline with a loop through the platforms. The long-term aim is to extend north towards Lamb House Bridge, and to provide a rail link with Sturminster Newton, working in harmony with the North Dorset Trailway. Track has been laid through the station using 95 bullhead rail extending to the Church gate on the current southern boundary.The signal box, coal store, motor trolley hut, permanent way huts, signals and pole route have been rebuilt. The NDRT has rebuilt the 400 foot Down platform wall and replaced and repaired the platform edge slabs. The North Dorset Trailway runs alongside the formation and up over the 395-foot (120 m) 'down' platform. The electrical supply has been improved and the Museum improved. The Station Gardens are also a prominent feature for the 28,000 visitors that come annually. The NDRT membership in 2017 exceeded 200 for the first time.