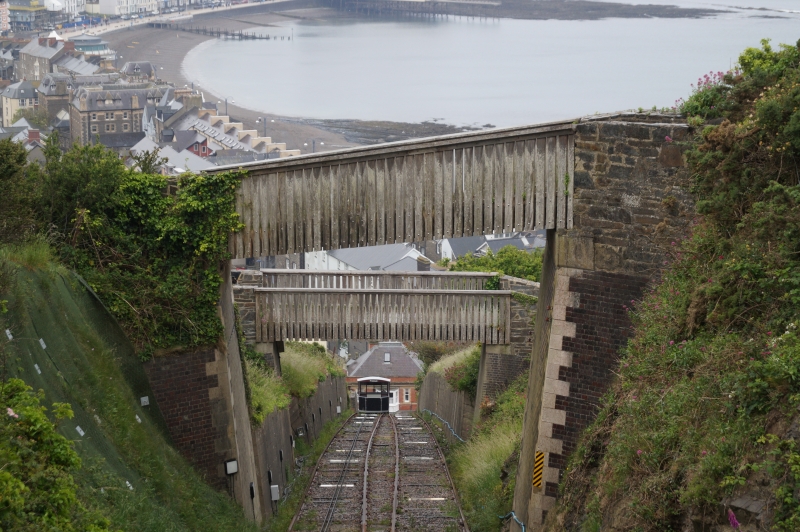 The Aberystwyth Cliff Railway, opened in 1896, is the longest funicular cliff railway in Britain.

The railway runs from the northern end of the promenade to the summit of Constitution Hill.

The Cliff Railway is open from 10am to 5pm, 7 days a week from April to October, and often later (till 6pm) during the high season.

Out of season, trains run to a limited timetable. Check the website for details.